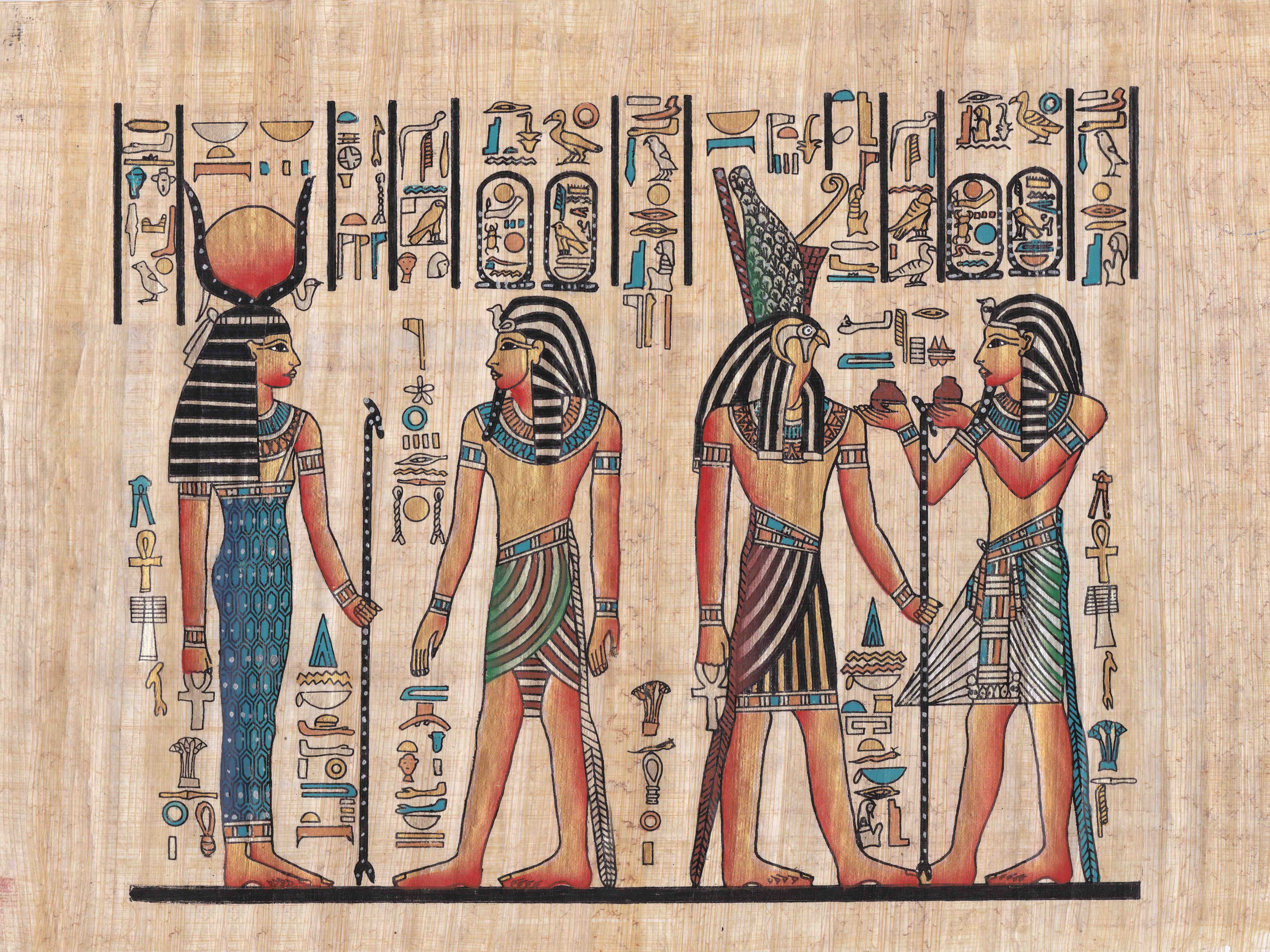 It’s time for Passover again. It’s time to throw styrofoam hail balls and eat matzah. It’s time to drink from the four cups as we tell the story of the Exodus from Egypt… that mighty deliverance our God wrought for His people in slavery. But, it’s also time to tell our children about Who the LORD is: Creator God Who exists outside of time and space and has control of the universe. It is time to get it straight in all of our minds Who God is and Who He isn’t. Passover isn’t just about the story of slaves being set free, it is also about God making Himself known to the world as LORD.

Why is it important to make sure our children know the One Whom we serve? Because it’s all too easy for the world’s philosophies to sneak their way into our faith. Those mixed up attitudes about God then become excuses and reasons for deviant behavior. For instance, if you believe God doesn’t really have the right to tell you what to do, or maybe that He’s quite mixed up because He keeps changing His mind about His laws, then what would prevent you from living a homosexual lifestyle, committing adultery, cutting yourself or deciding God simply doesn’t exist? (1) If you didn’t really believe God is in control of everything, what is to stop you from living in fear, worry and anxiety? When things go terribly wrong, why wouldn’t you start to question God’s concern for your welfare?

We believers are in a crisis. A crisis of faith because we’ve forgotten our Creator, Who He is and who we are in relation to Him. We’ve mixed the world’s ideas of “god” into our faith. And, our behavior proves it.

God has promised deliverance for His children, and yet, too many of us live in bondage to sin and the consequences of our destructive choices. The pattern God has established for deliverance can be found in the story of the Exodus from Egypt. This is how it works. When God promised to rescue Israel, the first thing He did was to reveal His Name (LORD) to Moses. (2) Making His Name known was also forefront on God’s mind when He revealed His reasoning behind the 10 plagues that were about to smite Egypt: “the Egyptians will know that I am the LORD, when I stretch out my hand against Egypt and bring out the people of Israel from among them.” (3)

Everything that transpired in the Exodus story was for the express purpose of giving the entire world an education about Who God is. The plagues prove He is a powerful force (Elohim) and a very significant power (El Shaddai). But, it wasn’t good enough to prove God is powerful. Many other gods in the Egyptian pantheon were considered to be powerful. The world needed to understand that God was Creator, that He was firmly in charge of His creation and that He cared about the oppression of His people.

By the seventh plague, hail made up of both fire and ice, Pharaoh finally got the point. Up until then, Pharaoh was steadfast in his first pronouncement, “I do not know the LORD, and moreover I will not let Israel go.” (4) Pharaoh was a polytheist, believing in many gods, thus any god could have caused the previous plagues. But when his polytheistic self saw the undeniable evidence of the One, Creator God, through the plague of hail, Pharaoh admitted, “This time I have sinned; the LORD is in the right, and I and my people are in the wrong (to keep Israel as slaves).” (5)

The trouble for Pharaoh, a polytheist, is that “you don’t sin against a pagan power. You don’t owe anything to such a power; your reason for appeasing it is blind self-interest. You only sin against your Creator, your Parent in Heaven, against whom you’ve rebelled.” (6)

The reason the seventh plague was so convincing was that for a polytheist, a hail ball made of fire and ice doesn’t make any sense at all. The gods of fire and ice are mortal enemies and would never work together because it would be the extinction of both. Only a Creator God could have the authority over these elements to force them to exist together and to do the will of their Creator.

Seeing this plague brought Pharaoh to his knees, but just momentarily. I guess we could say Pharaoh finally “converted” his faith from polytheism to monotheism. He recognized the LORD and yet, almost immediately he decided to consciously rebel as soon as God stopped the plague. “But when Pharaoh saw that the rain and the hail and the thunder had ceased, he sinned yet again and hardened his heart.” (7) This is the first time the text says Pharaoh “sinned” by making his heart stubborn because this was the first time Pharaoh had recognized a moral force to which he was subject. But, if you don’t like being subject to a Creator, Who has rules about how you should live and treat people, then your only option is rebellion or insisting that there aren’t any god(s) in the first place.

Ok, so that was just a very quick look at one small thing that was going on in the Exodus story, but, I have to wonder, are we teaching our kids, our “converts” who the Creator God is and how He has defined worship, or are we combining aspects of polytheism to make our faith more palatable? That’s what Pharaoh did. He finally had his eyes open to Who God was, but because of his theories and attitudes about “god(s),” he still decided to do things his own way. After studying polytheism, I wonder if we’ve also adopted some polytheistic attitudes into our monotheistic faith.

1) Fear is the motivator. Because man finds himself in hostile situations, he seeks to bribe, barter or get the attention of a god who controls that particular element of life.
• Are you afraid of things beyond your control? Do you barter with God?
2) The gods are indifferent towards the plight of human beings. At times, they are fickle, given over to sudden and unaccountable changes of mood or behavior. Thus, causing suffering if they are offended.
• Do you feel God doesn’t care about you?
3) The gods are not all-powerful because no one can control everything. Every god has his own realm of power.
• Do you feel like God can take care of some things in your life but not others? What about in the world?
4) Every god has his own vulnerability and needs. If man can be clever enough, he can get the god’s attention through bribing or bartering with the god to get what he wants. Hence, the rationale for sacrifice.
• What would be your motivation for offering God a sacrifice?
5) Any particular calamity can be chalked up to the action of a specific, annoyed god.
• Do you think you’ve gotten a raw deal because God is mad at you?
6) The gods don’t give authoritative moral rules. Their reign is based on raw power. Whoever wins can do whatever he wants. The outcome is this philosophy: Who is anyone else to dictate to me what I ought to do or ought not to do.
• Do you think God has a right to tell you what to do or what not to do?
7) The gods have lots of power but no control i.e. you can’t predict what they are going to do or when things might happen. Because of the competition between the gods, you are unable to even guess which one of the gods will be in power at any given time. Chaos results.
• Do you feel that God is unpredictable and even capricious at times?
For the worshipper of such gods, there are two steps:
1) Pick the god that will best suit your needs.
• Do you love God and choose to trust Him regardless of what is going on in your life?
2) Try your best to appease it.
• Do you think you can do something to get God’s attention and approval? Do you think you could do anything to lose God’s love?

It’s time to remove the old leaven from our lives and to tell the Passover story once again. Maybe you aren’t used to telling it every year. Maybe you don’t regularly share what the LORD has done for you and why you are loyal to Him. I think our Christian friends and kids are begging us, by their behavior, to answer such questions about our faith, our God: Who is this God? What could you possibly offer One Who has no needs and no vulnerabilities? How would one go about worshiping such an exalted being? What is at the core of our faith? Answer these questions and tell your story! Along with all the fun Passover Seder traditions, it’s how we celebrate with our God!

Questions For Reflection:
• Is there any aspect of polytheism that has seeped its way into your faith? What can you do to change it?
• When was the last time you told your own story of escape from slavery and glorified your Creator?

Give Me A Hard Heart Any Day
comments powered by Disqus