A Hacksaw Ridge Kind of Faith 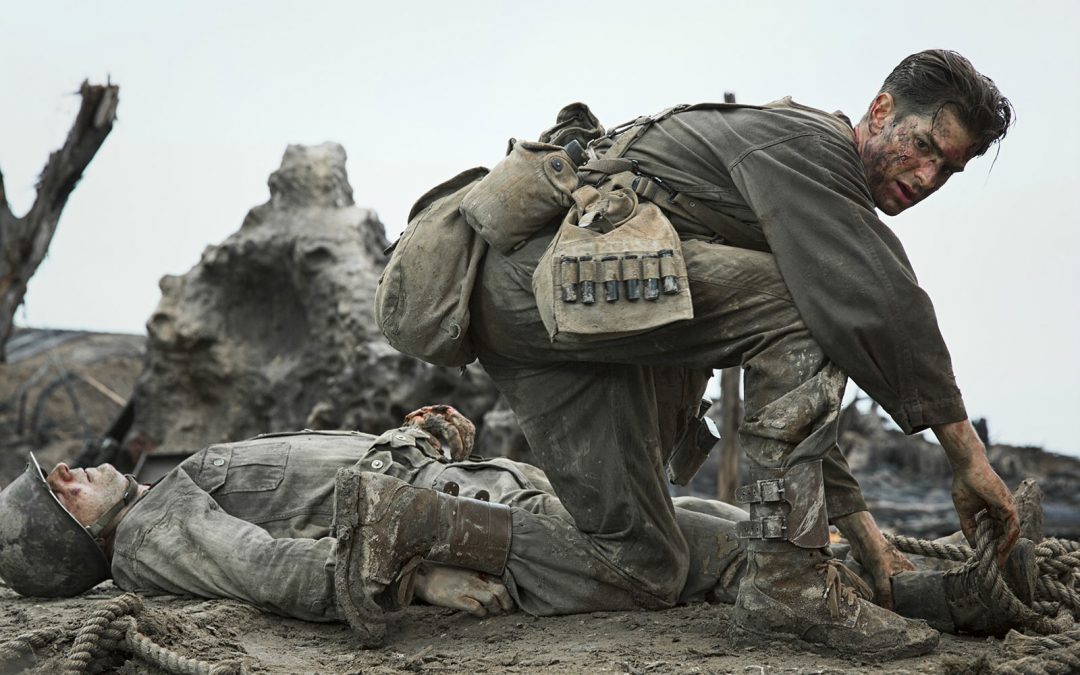 At what age do I stop getting away with childish things?

It’s my 46th birthday, and I began the day wondering, “At what age do we stop getting away with things?”. I have relationship with an older woman who is facing some pretty rough circumstances. She’s been a Christian “forever,” is respected by other people and gives great advice. But, she is fearful (her own words). She is self-consumed; she is worried (again, her words). Of course, I’ve been all of those things, but I don’t want to be. I don’t want to be that way now or in 30 years from now, especially. My question doesn’t revolve around her, or judging her; her situation has made me think about my own life and how people see me respond to the chaos and the hard.

As I was talking with my husband this morning while sipping my coffee, I thought of a young woman with whom I have relationship. I am exactly twice her age, and she already has two beautiful children. What does she see when she looks at me? Am I mature yet? Do I still think I can get away with behaving as I did 20+ years ago with fear, anger, worry? With being so self-focused that I totally miss celebrating the joys others have and helping them in the midst of their own struggles? Or, do I lead by example and point them to the only ONE Who can carry the burdens and silence the troubled spirit?

About a week ago, we watched the movie, Hacksaw Ridge that is based on a true story. I literally had to close my eyes and stop up my ears during the horrific scenes of the war. I don’t typically like war movies (or even like to admit I’ve watched some), but I cannot get the main character, Desmond Doss, out of my mind.⁠1 He was a young man during World War Two who joined the army as a combat medic. He refused to bear arms either during training or on the battlefield. In an effort to force him to leave voluntarily, his sergeant and fellow infantrymen utterly humiliated and abused him. Nobody would have blamed him if he left especially as he faced court-martial. Nobody would have blamed him if he had just done the necessary gun training to make the harassment stop. And, nobody would have blamed him if he had chosen to scramble over the edge of that ridge either.

Hacksaw Ridge was a territory that the Japanese held as a gateway to Okinawa. The U.S. Sent troops up to try and take it, but unit after unit left most of their soldiers dead up on that ridge. Desmond’s unit was no different, and he found himself the last man on the ridge after the command had come to retreat. I’ll never forget how he sat up there, so close to safety as he looked down at the rope ladder but stopped to ask God what He wanted him to do. He said, “I don’t know what You want me to do. I can’t hear you.” Just then he heard a wounded man cry out, “Lord, help me!” Over the next 12 hours, he risked his own life to save 75 men. 75 men! In 12 hours! Not only did he drag the wounded to the ridge and haul them down with a rope, he did so while skirting the Japanese who were patrolling and shooting anything that moved or even looked like was still alive.

His conviction not to bear arms came about through two significant, horrific events in his own life. If he had not held so tightly to his belief, no matter the persecution, no matter the personal sacrifice, he would have clambered right off that ridge with the others. He would never have been in the position to beg God for “just one more,” when the exhaustion of the night’s work had taken its toll, and he had no more strength. After rescuing that first man, he could have felt like he’d done his duty and gone down the rope himself. Instead, he made the decision 74 more times to go get “just one more.” I wonder what the men thought. Those he rescued. And those who had climbed down that ridge in panic and self-preservation.

He was a person of character. He clung to his conviction more tightly than we believers do. He wasn’t representing anyone other than himself, and yet, he never wavered. Which makes me think that people are looking at us wondering if there is anything real to this life we call Christianity. To this God we say we represent.

What happens to our faith on our Hacksaw Ridges?

Are we taking the horrific stuff to Him and asking Him what He wants us to do with it? Are we begging God for just a little longer in the battlefield? At what point, do I, as a maturing woman, who calls herself a follower of Jesus, stop getting away with childish things?

This is my birthday question this year. I want to age well. I want to be a person of character. I want my kids to see that this relationship with the Creator of the Universe is real. That it makes a difference. A difference to me and to the wounded who are stranded on the battlefield.

• In what areas are you struggling to be mature in your faith? Do you know an older man or woman who believes they are too old to get away with childish things? What things about them have been good examples to you? What characteristics do they exhibit that you would like to be said of you?