You Can’t Leave Me Here! 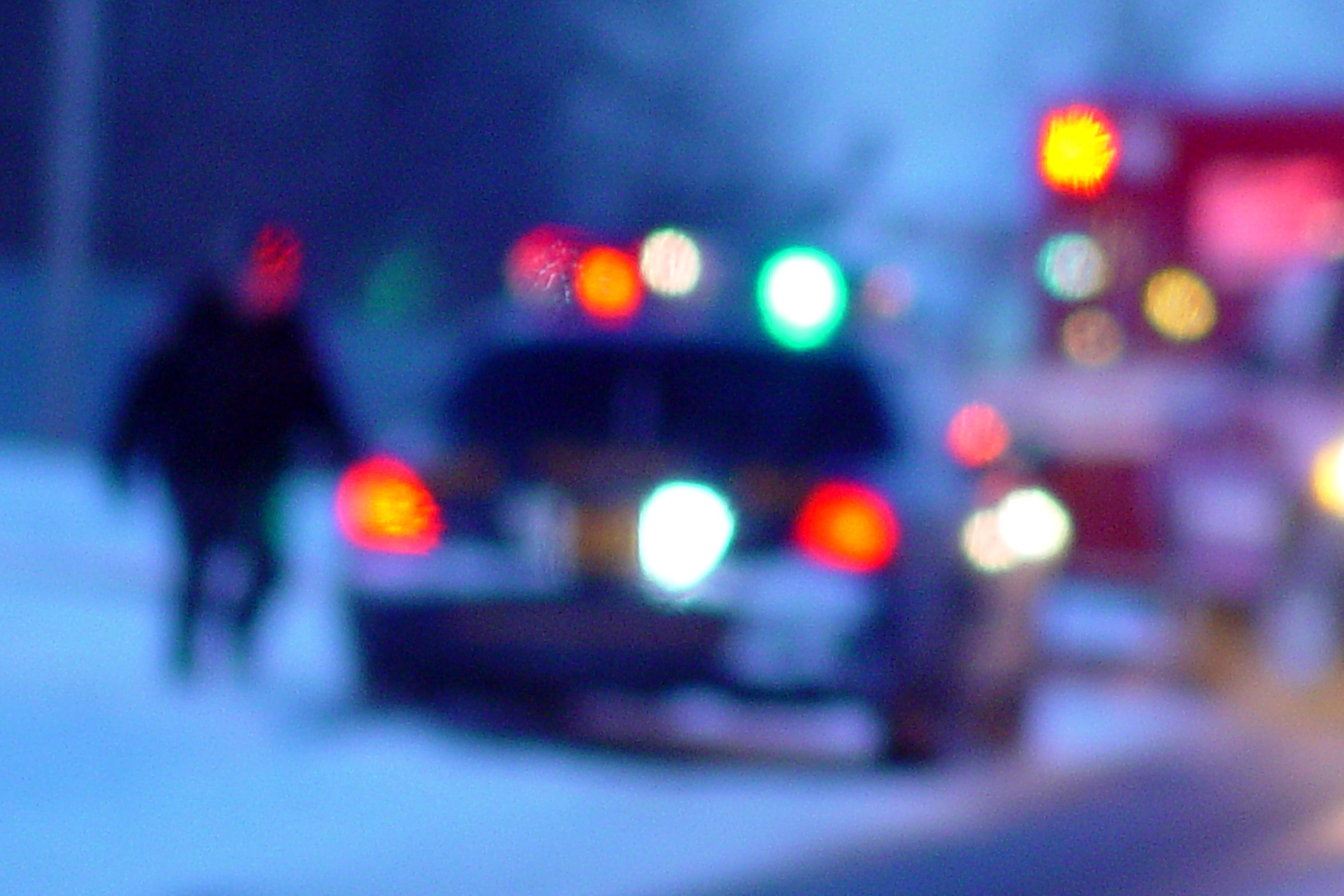 This following story goes way back, when ambulance drivers and funeral homes drivers were the same thing. I’m glad they finally stopped that practice. It kind of seems like a conflict of interest to combine the roles of medic and hearse driver.

It was drizzling. Brian was working the night shift for the local ambulance and funeral home service when he received a call for a rollover accident with injuries on a remote section of road. Brian arrived on scene to a single officer who had arrived before him. It was late and wet. No one really wanted to be there. The rollover had been packed with six passengers who had all been ejected. Brian jumped out to do triage but the officer, John, had beaten him to it.

John spoke first, “We have four dead, and the two right here are still alive.”

Brian raced over to the first, did a little preliminary work then loaded the victim into the ambulance.  The same process was repeated with the second person.

Brian closed the ambulance doors and shouted to John the officer, “I’ll be back in 45 to an hour!”

John looked surprised, “Where are you going?”

Brian was a little confused. “It’s … policy. But I’ll be back as soon as I can!” Again Brian headed toward the ambulance door.

“Wait!” The officer said with more urgency, moving closer to Brian. “You can’t leave me here!”

Finally John stepped into Brian’s space, grabbed him by the shirt collar and spoke with great, deliberate words and clenched teeth,

Let’s step back for just a moment. It’s a very dark, lonely, country road. An armed person has his hands firmly around your shirt collar, his facial muscles are strained, and he is 3 inches from your face. It’s time to make a decision.

After an awkward moment of silence Brian decided that with a little maneuvering, six people would indeed fit into the ambulance. It’s crowded though. What they ended up doing was piling the dead victims two high in two separate piles. Then Brian, the medic, sat on one stack of the deceased parties and began to work his two survivors. The ambulance raced over the country roads, but it was still a long trip to the hospital. At one point Brian heard one of the corpses make a noise, and he checked the pulse. “No, still dead.” But he was sitting on them after all. Dead people do make occasional noises or movements in those first few hours.

Upon arrival to the hospital, he quickly brought the two crash victims into the ER and loaded the other four onto the metal beds. He shouted to the watch nurse, “I have another call. I’ll be back to process the stiffs in a little bit.” Off Brian went. It turned out to be a very busy, understaffed night, and he didn’t make it to the hospital until morning. Brian still had some paperwork to process for the overnight fatalities. The problem was, he couldn’t find them.

Brian finally went to the watch nurse who had already changed shifts. The original nurse had gone home. “Excuse me,” he said, “I need to process the crash fatalities I had last night.”

The nurse looked Brian square in the face, but was puzzled, “We didn’t have any fatalities last night.”

“Yes we did,” Brian explained. “I put all four of them on the morgue tables but had to take another call.”

Recognition came over the watch nurse’s face, “That was you! Ha! They’ve already all checked out of the hospital. They were all just really, really drunk.”

Lesson 2:  A loaded gun on your belt doesn’t make you brave.

Cooperating with God in Bringing New Life into the World