Bring It On, Lice and All! 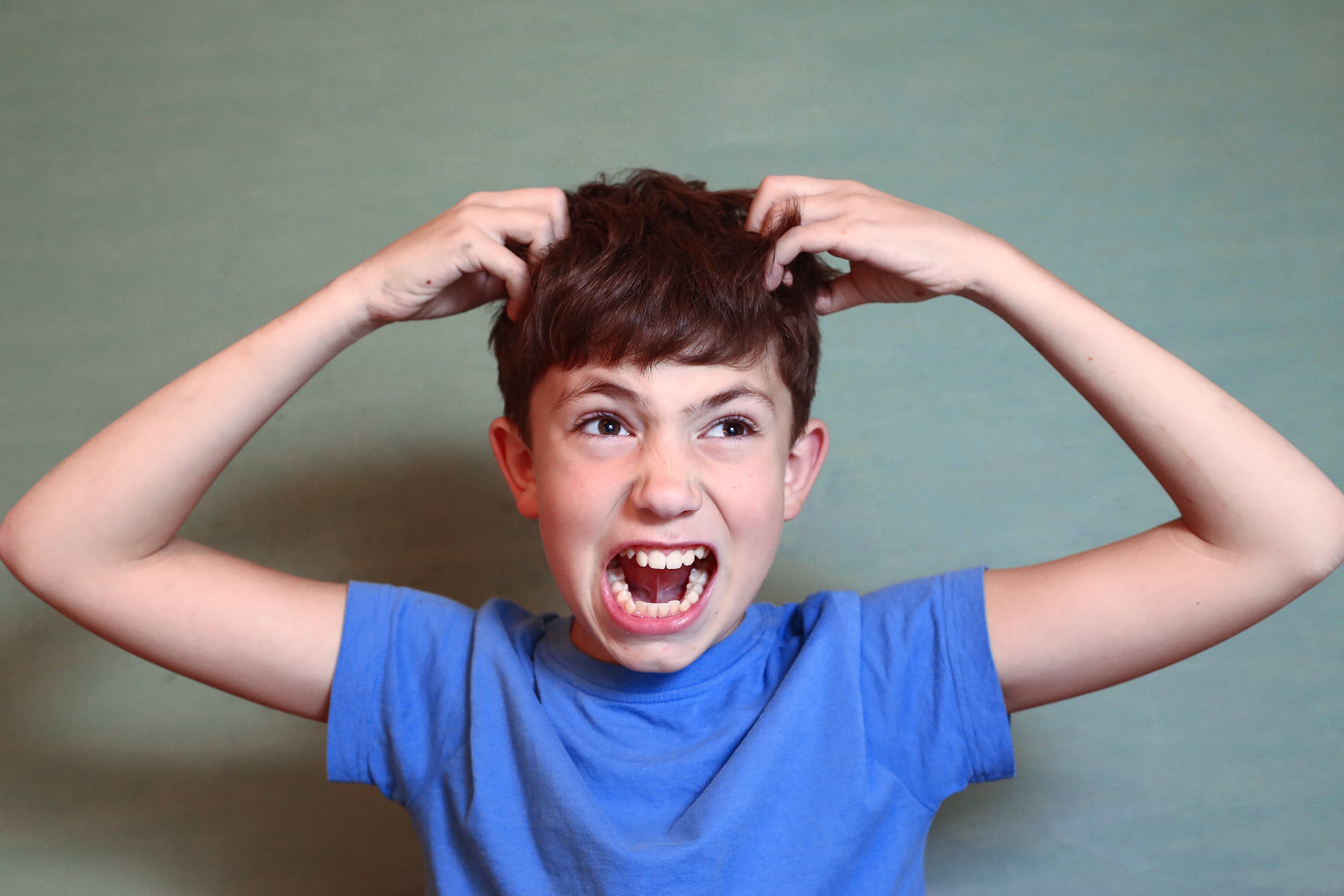 I guess I get another shot to get some things right. Darn. An aspect of my life that I thought was over is not. My husband, Ron, traveled for his job 15 years, and I was getting really tired of it. Tired of being a single parent during the week. Tired of not going out on dates with him because when he was home for a couple of days on the weekend, it needed to be family time. Tired of shutting off all the lights, locking the doors and going to bed by myself. Tired of going to church or sports events alone.

But then, last February Ron got a job where he could work remotely, and actually stayed home 24-7. Though people warned me it would be rough, it was really great eating supper every night with him and having him help me make parenting decisions and going to basketball games together. A month after we moved to Vermont for six months, he lost that job and began the arduous task of looking for another one. I so desperately wanted him to get a job in our city, Colorado Springs, but that didn’t happen.

Don’t get me wrong, I’m very happy my husband now has a job. But sometimes in life, you just feel like throwing up your hands and saying, “Really? We’ve got to do that again?” He’s gone back to his old job, which he loves, by the way, just not the traveling part. And, so, I had my first chance to see where I was in my redemption process the first day he was gone.

Wow, was it a whopper! I was sick with a pretty nasty cold, as was my three year old daughter, Anna. We were kind of in the grumpy stage of being sick. Our day began early. At 6:45 a.m., I dragged her out of bed to carpool my 2 oldest to their first day of school. When we got there, Anna and I had to go in because Caleb and Megan were transferring back after having spent a semester in my old high school in Vermont. The office staff that “greeted me” didn’t know anything about them coming, and said, “Oh, I don’t think there is any room for them. Our freshman & sophomore classes are full.” My heart sank. Great. Now what were we going to do?

Last summer, I knew the possibility had existed that they wouldn’t be able to return, but I had talked with an admissions woman back in October and again in December assuring me they had a spot. Of course, she wasn’t there that day. So, we waited. Thankfully, only after 1/2 hour of uncertainty, they said everything was fine and got them enrolled in classes. Whew. Driving home I realized my poor baby hadn’t been taken to the potty or given breakfast yet.

We had a hard day at home, surrounded by moving boxes and feeling too miserable to really do anything. Thankfully, we both had time for a nap. When Anna woke up, I carried her downstairs and sat down in my favorite chair. As she lifted her head off my shoulder, I saw a louse on my shirt. I didn’t know if it was from her or me. Yuck.

It was just minutes before we had to leave to get the kids from school, so I just put our hair up and got her in the van. Good thing I’d had a nap because from then on I was one busy mama, bathing her, running to the store to get lice treatment, washing loads and loads of laundry (I did see more lice on her bedding which totally freaked me out!), making supper, combing out Anna’s hair, telling my big kids to wash their hair so I could also comb them out, and trying to squeeze a few minutes in to FaceTime my husband to tell him what was going on….. Where was he anyway?

And, did I mention that at the store I had to barge into a very long line at the pharmacy and humbly kneel down to look at the lice products? Nobody wanted to look me in the eye or get very close to me. Thankfully, I was able to use the self-check out line.

And then, just as we were supposed to sit down for our first back to school meal, my two “big kids” began fighting. Chaos. That’s the only word I have to describe what that day felt like. But, I managed to keep it together. I even remember laughing a little bit with my mother-in-law on the phone as I was driving to Walmart to get the lice treatment. Needless to say, I have a new appreciation for the saying, “that little louse.”

By the time it was my turn to sit on the stool of shame, I was exhausted. (It feels quite humiliating to sit down, bend over and wait as your teenage daughter tries to figure out how to use a louse comb and your teenage son shines a light at your head all the while saying, “Ew!”) When I finally made it to bed, I realized I never “lost it” that day. I know in previous years,  given any one of those circumstances, much less all on one day, I would’ve lost it. When I say “lose it,” I mean felt frustrated, or angry at my husband for not being there, or crying, or thinking, “this is not fair,” or yelling … stuff like that. “Losing it” for me begins as a mental game I’m not quite able to win (and, I hate losing) and then taking it out on others.

I guess God wanted me to see how much He had been changing me. How much He’d been working on my heart, my thinking and my attitudes. Stress is no stranger to me, but I got a redemptive chance to not respond stressfully. It’s no secret I’m not happy that Ron is traveling again. It’s one of those things I have no control over in life, but one of those things that affects most everything in my day to day. The truth is, it doesn’t matter if I’m happy or not. God, well, He sees things way differently than I do. He’s so much more interested in my character than in my circumstances. He is so much about redemption, He just keeps giving out chances to get it right.

I don’t think He is finished with me yet. I’ve got three solid months where Ron will be home at midnight on Friday and has to leave again at noon on Sunday. Plenty of time for second chances. Plenty of time for redemption. Darn. But, on the other hand, what good is it if you grow and change but never have a chance to get it right?

So, bring it on… lice and all!

• What are your stress triggers and how do you deal with them?
• In what area(s) of your life do you need to see some redemption or have second chances to “get it right?”
• What do happiness and contentment look like in your life?
• What are some attributes of God that can help you cope with where you are in life right now?
Feature image Copyright © ulianna19970/Dollar Photo Club
Copyright © 2015 Fluidchurch.net. All Rights Reserved.

God's Faithfulness Doesn't Mean Getting What You Want (Part 2)